The 140th anniversary of Queensland’s Royal Show, colloquially known as the EKKA, was commemorated last month at a gala launch highlighting the broad array of agriculturally-connected events offered to nearly half a million visitors for 10 days in August annually. 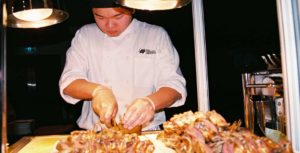 It’s central charter – to celebrate and champion the essential role played by agriculture in the state – is as relevant today as it was in 1876 when the first show, then known as the Intercolonial Exhibition, was held at Bowen Park, a 68-hectare site still in use today.

The Intercolonial Exhibition of 1876 attracted 17,000 of Brisbane’s then 22,000 population who attended in the finest garments and suits and received the first showbag – a bag of coal – at no charge.

The exhibition received a warrant from His Majesty King George V to change its name to the Royal show in 1921.

The EKKA has been held every year since inception except for 1919, when Brisbane suffered an epidemic of the Spanish Influenza, and in 1942 when the showgrounds were used as a staging depot for troops heading north during World War II.

Speaking at the anniversary launch, David Thomas, Chief Executive Officer of the modern EKKA said that it is the collective spirit of the community of Queensland that has made the event stand the test of time.

“Bringing the country to the city has been and will always be what the EKKA is about,” Mr Thomas said. “It is an event based entirely on community spirit because it is an event in which everyday people dedicate their time and expertise, it connects Queenslanders from all regions and of all ages and from all walks of life.

“It has been a mainstay constant in the lives of countless generations because, in a world of everchanging disruption, the EKKA maintains is heritage and traditions,” he said.

Over 30 million people have attended the EKKA since 1876 and have seen some notable highlights and participated in unique competitions during the nearly century and a half, many of which indicate how social norms have changed.

A key event in 1876 was a competition for the best sample of five tonne manure, deodorised and prepared in the most economical form of use.

During the Great Depression, new entertainment introduced included goat races that attracted 100 competitors in one show.

In 1966, the expanding entertainment line-up include the Zachini family ‘human cannon ball’ act with the father co-ordinating and the mother firing their children across the ring into a net.

The EKKA is of such importance to the agricultural industries and people of Queensland that the RNA is keenly aware of the need to remain both relevant and economically sustainable.

The RNA is in the proce 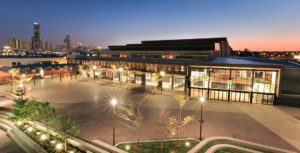 ss of undertaking a major upgrade of the showgrounds and a redevelopment of a portion of its prime real estate site, located 1.5km from Brisbane’s CBD.

The 15-year regeneration project spanning 22 hectares of the site also includes residential apartments, a commercial zone and the creation of ‘King Street’ a new restaurant, hotel and entertainment precinct.

The redevelopment, funded by Lend Lease in association with the RNA, has an estimated project value of $2.9 billion.